So it’s been announced, and one of us was lucky enough to be there on the big night: this year’s winner of the Stella Prize for Australian women’s writing is Heather Rose’s novel The Museum of Modern Love.

The novel is based on Marina Abramovic’s performance-art piece entitled The Artist is Present, in which Abramovic sat opposite MOMA visitors and gazed into their eyes, six days a week for the almost 3 months of the exhibition. (A film was made about the artwork, and you can watch its trailer online.)

In Rose’s novel, which has Abramovic’s blessing, film composer Arky Levin stumbles into MOMA’s Atrium to witness the art piece, and continues to visit over the course of the next 75 days of the artist sitting. The novel meditates on the nature of art, life and love and the boundaries between them.

Congratulations to Heather Rose on her win, and come buy her book to help her celebrate!

The winner of the 2017 Pulitzer Prize in Fiction has been announced, and it’s Colson Whitehead’s The Underground Railroad. It’s a magical-realist take on one woman’s escape from chattel slavery in the American South. Cora flees a Georgian cotton plantation, in what is both a historical indictment and a thrilling adventure.

Biography/Autobiography, it’s been awarded to Hisham Matar for his Return. In this biography, Matar tells of his father’s kidnap and detention in a secret Libyan prison, from which he would never come home.

We have copies of both prizewinners on their way, so get in touch if you want one put aside! 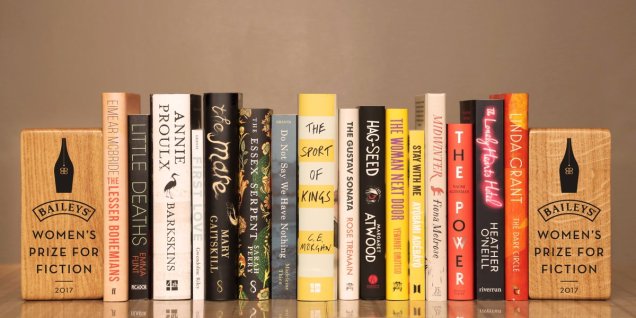 And since the year is getting into its prize-giving swing, a couple of weeks ago the longlist for the 2017 Baileys Women’s Prize for Fiction was announced. Awarded for literature written by a woman (in English and published in the UK), the 2017 is peopled with many well-established authors — Margaret Atwood, Annie Proulx, Rose Tremain — as well as several up-and-comers. (No Australian writers, sadly.) There’s 16 books to choose from, so you’ll be very well-read by the time the winner is announced on 7 June (UK time).

The shortlists for the 2017 Indie Book Awards has been announced, and we were quite pleased to see how many matched our selections for Best Books of 2016!

The Indies are awarded based on the books that independent booksellers (like us) most enjoyed selling over the year, so consider this prize ‘booksellers’ choice’.

The winners in each category, plus the overall winner, will be announced on Monday 20 March.

We have all books either in-stock or on their way, so get in touch if there’s a particular title you’d like to get your hands on. Enjoy the Indies!

The Shortlists for the Indie Book Awards 2017:

Put it in your diary: On Saturday 13 August you get to celebrate your thriving bookshop here in Fairfield. As part of National Bookshop Day, ten authors will be in-store at different times, ready to chat and sign some books for you. Lots of crime authors, so come ready to speak to some masterminds! There’ll also be sweet treats and National Bookshop Day prizes.

See you here at the celebrations!

It’s just been announced: the shortlist of titles for the Miles Franklin Literary Award 2016. Four Melbourne writers, and four out of five women make up the list (see images and details below). We have all titles in stock now and more on the way, so get reading before the winner is announced at the Melbourne Writers’ Festival on 26 August.

Put it in your diary: On Saturday 8 August you get to celebrate having a thriving bookshop here in Fairfield. As part of National Bookshop Day, nine authors and illustrators will be in-store at different times, ready to chat and sign some books for you. There’ll also be a continuous story on the shop window, sweet treats and National Bookshop Day prizes.

Fairfieldbooks On Station
Blog at WordPress.com.